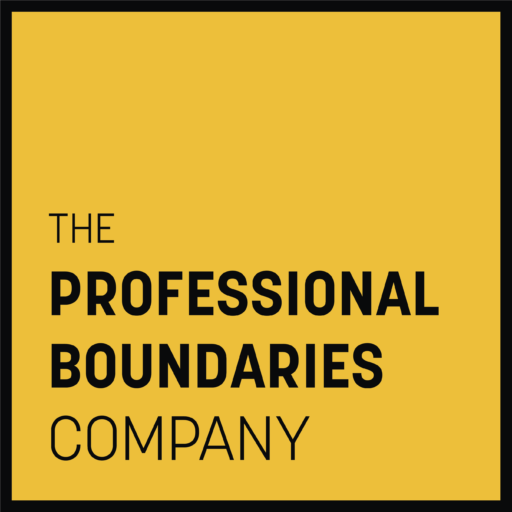 What are Professional Boundaries?

How are Professional Boundaries defined?

In the literature on Professional Boundaries there are several attempts at defining boundaries. Our favoured definition is by author Marilyn Peterson, who defines them as ‘The limits that allow for a safe connection based on the client’s needs’.

What is the purpose of professional boundaries?

Professional Boundaries serve to protect the integrity of the professional relationship and are intended to keep people safe from harm.

What is a boundary?

The Oxford English Dictionary says that a boundary is ‘That which serves to indicate the limits of anything’ and ‘The limit itself.’

What are the origins of Professional Boundaries?

In medicine the Hippocratic Oath (3rd – 5th Centuries BC) says “Into whatever houses I enter, I will go into them for the benefit of the sick, and will abstain from every voluntary act of mischief and corruption; and, further from the seduction of females or males”. Further back the code of the Nigerian healing arts (Brodsky, 1989) also proscribed sexual contact with patients.

Don’t boundaries just separate professionals from people and imply they are somehow above them?

Boundaries are there to keep people safe. They do not negate a recognition that everyone has equal value as citizens. They note that the professional relationship is inherently imbalanced; that what people seeking help need is for professionals to do what they are there to do, and to behave with integrity. No-one is better than anyone else, and one party has additional power, conferred by the role. This power carries the responsibility to use it well.

I don’t feel as though I have more power than the people I am here to help – why should I have boundaries?

The power differential exists whether or not we feel it or believe it.

What is the difference between Boundary Crossings and Boundary Violations?

The literature defines boundary crossings as happening when the normal boundaries are crossed in some way, which may be beneficial to the client. Boundary Violations are defined as always being harmful, or having the potential to cause harm(Gabbard & Myers 2008).

Can practitioners who have transgressed ever be safe to work again?

There is some evidence to suggest that this is possible for some practitioners (Coe & Gabbard 2012). Gabbard and others in the USA have shown that rehabilitation is possible; the key issue is in the identification of contextual and risk factors, and the development of rehabilitation plans which are directly connected to these. The GMC will always take action on improper relationships, and will be informed in its decision-making by the remedial action taken, the level of insight and the specific circumstances of the transgression. Openness and honesty following a transgression are key.

Although there have been a number of cases where multiple offences have been committed these cases are relatively uncommon. Most boundary violations are one-off transgressions and assessment and rehabilitation specialists report that people at all stages of their careers violate boundaries. and that there are higher rates for people who are further ahead in their professional careers (Coe 2012). The majority of transgressions seem to be committed by people who themselves experience personal and professional stress, sometimes with additional trauma (Swiggert et al). They also report that there are more reported cases of male practitioners violating boundaries then female.

What is the difference between personal and professional relationships?

In summary, one is marked by informality and the other is characterised by the existence of rules, regulation and defined boundaries. People who get into trouble around boundaries have often confused their personal life with their professional life.

What is the Impact of a Boundary Violation?

Violations of boundaries can lead to a need for long-term psychological help for the people affected, who may be affected due to: failure to have the problems for which help was sought dealt with; worsening of the original problems; impaired ability to approach or trust other professionals; and additional damage caused by the breach of trust (Devereux 2010). Effects may range from confusion through to suicidal feelings and attempts. The practitioner who violates boundaries will be affected through disciplinary enquiries and professional sanction, up to being removed from their professional register and occasionally through civil or criminal prosecution. Others affected can include colleagues, other patients, the employing organisation, friends and family.

What is the etymology of the word ‘boundary’?

The word boundary stems from the Medieval Latin word ‘bodina’ or ‘butina’, via the Old French word ‘bodne’ and then the Middle English ‘bound’ which also meant ‘landmark’. 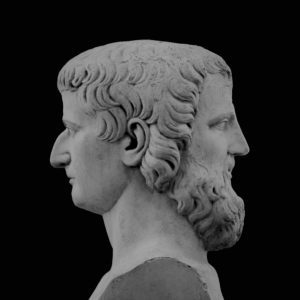 Terminus was the Roman god who protected boundary markers, such as those marking the edge of a town. Sacrifices were performed to sanctify each marker and a festival called the “Terminalia” was celebrated annually. The same etymology produces the word Term, meaning ‘A limit in space, duration’, or ‘that which limits the extent of anything; a limit, extremity, boundary’ (OED).

How can I register for a course?

On each course page you will find a link to register. Click through and you can pay by bank card and register immediately. As payment is made the course place is booked. You will receive a confirmation email with course details and joining instructions, along with a receipt. With the exception of our Introduction to Professional Boundaries course, the confirmation email will ask you to submit some confidential information which will be shared with the course facilitator giving them an understanding of the circumstances that bring you to us so that they can fully support you during the course. For some courses there is some pre-course reading and preparation to do.

Do you provide CPD certificates?

We provide Certificates of Completion for all our courses. Some courses have been formally accredited by CPD Standards, which is an internationally recognised accrediting agency and for these a CPD Certificate is issued.  Accreditation is presently being sought for all courses.

Do you give discounts?

Whilst we do not have standard discounts, if financing a course is an issue payments can be split over 2 – 4 months. There are some charitable agencies that provide support to some disciplines – please contact us if you wish to know more. Occasionally, if there is low take-up on a course, we can offer reduced cost places at one weeks’ notice – if this is of interest please contact us to discuss our  terms.

Do I need to talk about the issues that bring me here?

The courses are designed to help with developing insight, reflecting and establishing a plan for remediation/restoration. Openness and engagement are required to get the most from participation. If you have concerns about disclosure we are happy to discuss this with you and would also suggest you discuss this with your representatives.

Our one-day courses provide limited time for sharing the context for participation, and individual work. The three-day courses are an intensive space which centres on the possibility of insight, reflection and remediation. Each attendee leaves with a substantive development plan, in line with the issues of concern.  The overall intention is to create a space for insight. The 3-day courses involve individualised conversations, which may be challenging and often involve some vulnerability. They explore ways of being, ways of thinking, attitudes towards vulnerability and authority, power differential, and more. Numbers are limited to 5 which allows the space needed to thoroughly explore the individual’s personal situation.

Does it make a difference when I take the course?

We strongly encourage taking courses at an early stage. This allows time to implement learnings and, as with our 3-day courses, the Development & Restoration Plan and for your actions to show results in a timely way.

Need advice? Get in touch.
Ready? Find a course.

Your details are safe, we hate spam too!